The Kenya National Examinations Council (KNEC) has been directed by the Nairobi High Court to pay a student from the University of Nairobi Ksh2 million.

In a ruling arrived at by Justice Antony Mrima, the court awarded damages to Wesley Mdawida, who petitioned the Court to force KNEC, the first respondent, to change his name on his academic certificates.

This ruling would see the council pay for the petitioner for the internal and external damages. 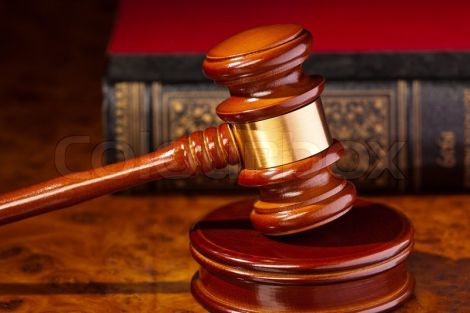 Mnyika then later changed his name to Wesley Mdawida Charo through a Deed Poll dated January 21, 2015 and was consequently published in a gazette notice on June 15 the same year. He subsequently updated his name in the Integrated Population Registration System (IPRS).

He then presented the Deed Poll, Gazette Notice and a letter from the UoN Vice Chancellor to KNEC, alongside a request letter to have his name changed on his KCSE certificate on December 22, 2017. However, KNEC rejected the request.

Failure to change his name would deter him not graduating, owing to different names in his certificates.

Wesley then filed a complaint against the first respondent with the Commission on Administrative Justice (CAJ), the second respondent seeking redress on the conduct of KNEC to no avail.

He issued a second letter to the examination council, and this time he received a response.

“The Legal Officer of the 1st Respondent, Befly Bisem responded to his letter of 16th December, 2019, rebuking him for nagging the 1st Respondent over requests that had already been turned down,” read the court papers.

The matter escalated to the Cabinet Secretary for Education who wrote back to the legal officer asking her to take action. Instead, Bisem told the petitioner that she had written to the Attorney General for legal advice in 2020.

Wesley blamed the delay by KNEC on his delayed graduation. From the time he first filed the matter with the council, he has missed six graduations.

He also said that he was unable to get a job due to the disparity of names in his personal documents and academic papers.

Justice Mirima ordered the examination council to amend the names in the petitioner’s KCPE and KCSE certificates and issue him with new ones under the name Wesley Mdawida Charo. The court further ordered KNEC to meet petitioner’s costs, while he was asked to bear the second respondent’s costs of the petition.